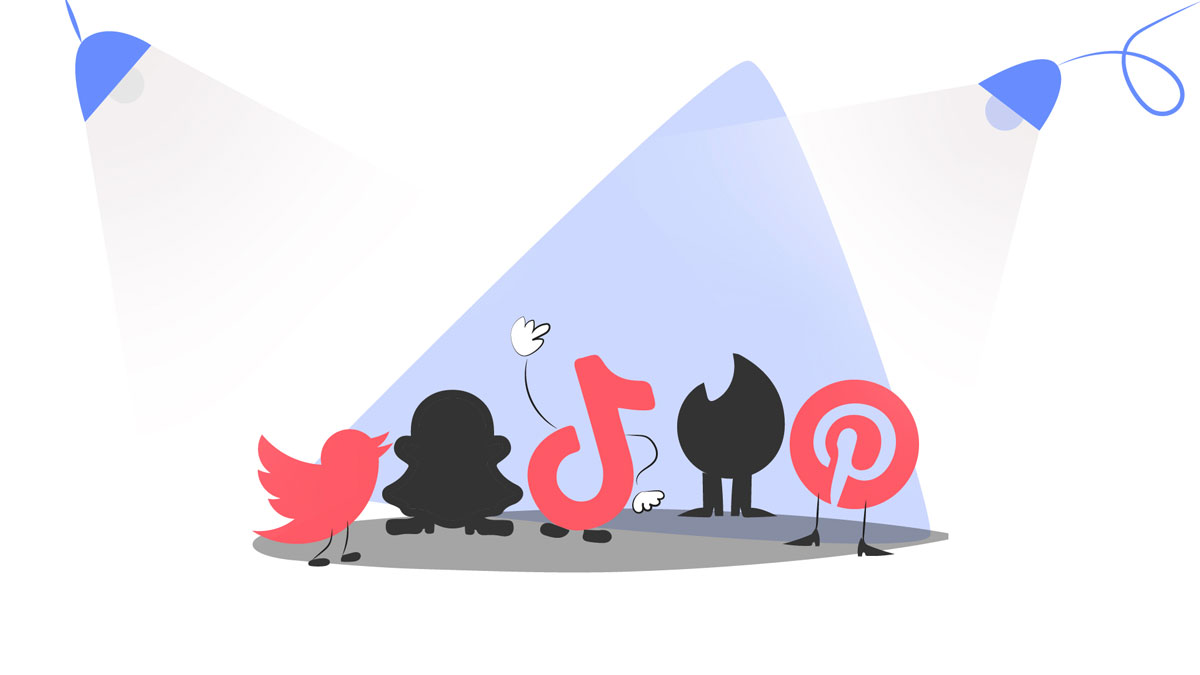 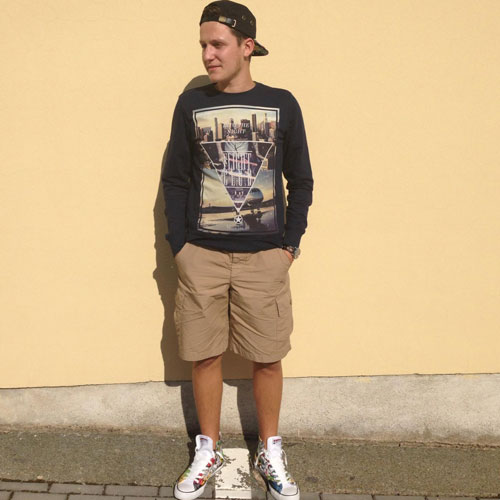 Facebook, Instagram and YouTube are dominating the social media scene with popularity, notoriety and user count. But there are some hidden gems that you should know about. Most businesses stick to the three platforms mentioned in the beginning because they are the more well-known and safer options. Giving businesses a more risk-free attempt at online marketing. Because Facebook and Instagram offer a variety of age groups allowing businesses to target different audiences, being old and young.

But where is the ambition? Going the common route can lead to decent results but taking a calculated risk can help you leapfrog your competition and grow your business exponentially.

For example, if you know that your target audience are younger people under the age of thirty-four why not use a platform like Snapchat where the majority of users are under the age of thirty-four. Want to target a female audience, why not use Pinterest where 7 out of 10 users are women. There are a few of these underrated social media networks that people push to the side and fail to mention.

Yes, the user numbers may not be up to par with some of the biggest platforms out there. But instead of weaving your way through the billions of users on Facebook to find your targeted audience. Why not use a platform where you know that the majority of users are for example younger people and your goal is to target and engage with a younger demographic. This can all lead to building a successful marketing strategy by choosing a platform where the majority of users are your targeted audience.

Here are some of the newer and underrated social media platforms that you should be paying attention to.

Snapchat started off as a mobile app which allowed its users to send messages and videos also known as Snaps which would disappear after a certain time period which became very popular with younger teens. But since its humble beginnings it has turned into something more than just that.

Now including stories, latest news from brands, content creation and many more additions. Snapchat was a platform that businesses avoided in the beginning because they didn’t understand how to take advantage of the potential client base on it. But since its growth more and more businesses have seen the potential behind marketing on Snapchat. Especially ones targeting a younger demographic.

And here is why:

So, depending on your target audience, Snapchat can be an amazing marketing tool. If you are running a business and your targeted audience are Millennials and Generation Z it is time to start marketing on Snapchat. In 2020 Generation Z will make up 40% of all consumer shopping and where does Gen Z hang out the most? Online. With 74% of them spending five or more hours online every day.

When looking at the numbers you can clearly see why there is big potential when it comes to marketing on Snapchat if your targeted audience is in the younger demographic. And with less competition on the platform you are more likely to stand out. Once a potential client adds your business as a friend on Snapchat, they can see your stories and keep up with the latest content surrounding your business.

TikTok took the world by storm in 2019. It is a video sharing app which allows users to upload videos of themselves lip-synching to popular songs. It became very popular by targeting children and younger teens. So, when using TikTok for marketing your targeted audience should be of the younger demographic. Most businesses use the app for building a buzz and increasing engagement around its brand. Not necessarily for direct selling.

So TikTok should be used to reach out to a current audience or a future audience that will grow with your business. Engage with your audience by creating your own channel and uploading videos to it. Since TikTok is targeted for teens and primarily for females.

It is not made for every business to market on. Brands selling for example clothes, beauty products, health products and hygiene products will see a better success rate. That is why it is important to make sure that this is the right platform for your business.

Is the most popular dating app in the world. Becoming popular with its swipe left and right system. Using user’s basic information from Facebook, Instagram and Spotify to create a profile. But nowadays Tinder is now also being used by marketers to advertise their brands on the platform and reach new potential clients. For example, its partnership with the social media giant Facebook shows that there is a lot of untapped potential on the app.

Having at your disposal an app that already has a core audience should interest all marketers. This will make life much easier when it comes to marketing and targeting your audience. Plus, with Tinder’s interface and swiping system, businesses get a whole page to themselves when users are swiping through potential matches. Giving you and your business all the attention when you appear on a user’s feed. Another good sign is that Tinder users are willing to pay for premium services. Showing that they are willing to pay for good products.

One of the more well-known on the list but very underappreciated. Compared to other social media platforms, Twitters bread and butter are conversations. Marketing on Twitter centers around creating and sharing content to create engagement among users. From blogs, videos and pictures to simple questions.

All of this helps you engage with your audience. Helping you to promote your business and expand its reach. Communicate quickly and effectively with your customers and followers. Can also be used as a search engine for potential clients to find you.

As you can see Twitter is quite different to other networks on the list. The big difference is that the older demographic dominates the platform. Meaning it is a whole different audience compared to the other networks. But also leaving you with some space to target the younger up and coming demographic on Twitter. So, depending on your targeted audience this can be another viable option when it comes to online marketing.

Is a very interesting one. Even though Pinterest is one of the biggest social media platforms in the world. It is often forgotten when talking about marketing online with people preferring to go with the more popular platforms like Facebook and Instagram.

Pinterest mixes elements from social media networks and search engines. By combining these two parts together allows Pinterest to be one of the best platforms when it comes to sharing visual content. In the beginning it was only known for being the go-to site for pictures of home decor and food recipes but that is not the case anymore. Nowadays you can find pictures of nearly everything on Pinterest and that is where the magic lies.

Similar to Instagram’s hashtags, Pinterest uses Pins to help you categorize your content and target your audience. This will also make it easier for people to find you when they are searching for something that you are offering. So, if your business can benefit from creating visual content to sell its products then Pinterest might just be the place for you.

People may be skeptical when it comes to these less popular platforms. It just comes down to what you are offering and who is your targeted audience which is the same on any social media network. Do your due diligence and make sure what you are offering goes hand in hand with the audience you plan to target on the platform. 👍 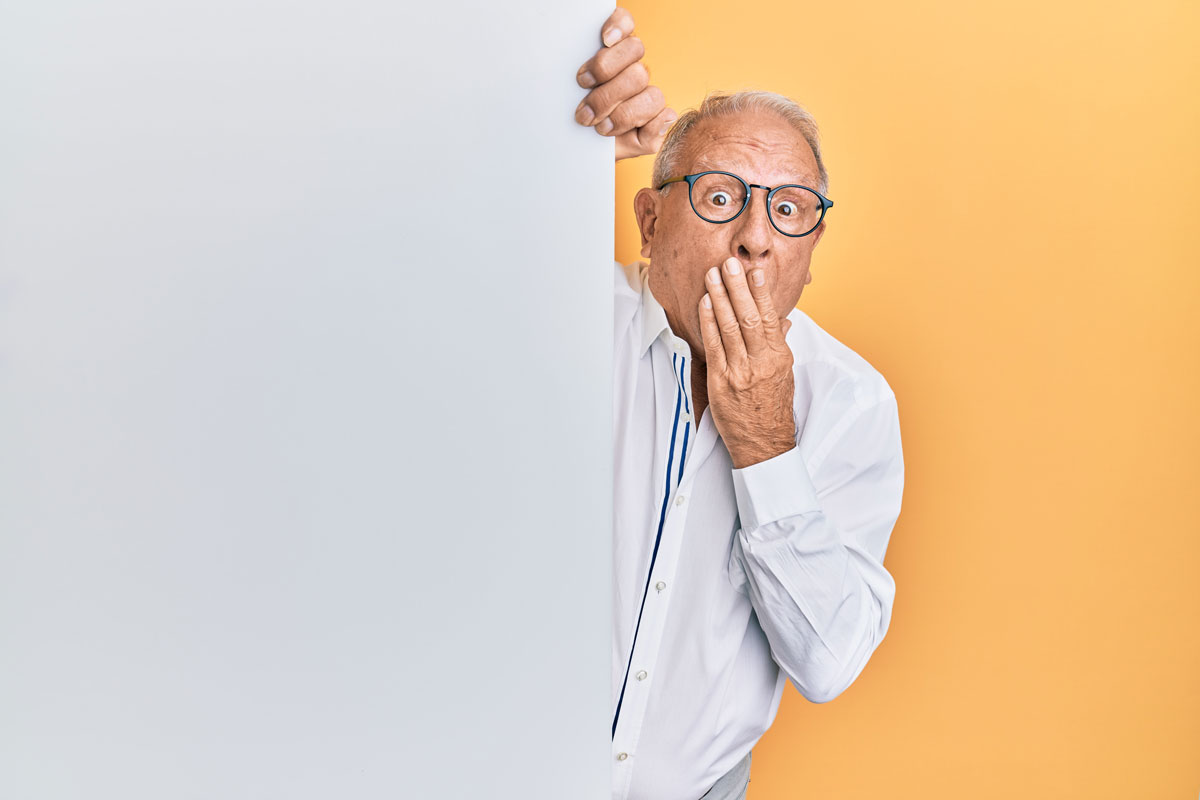 Benefits vs. Features: The Key to Selling Your Products
Many business owners make one big mistake when showcasing their products to potential customers. They focus on the features of their products, not the benefits. What does that mean exactly?
E-commerce
Best Practises
Read More > 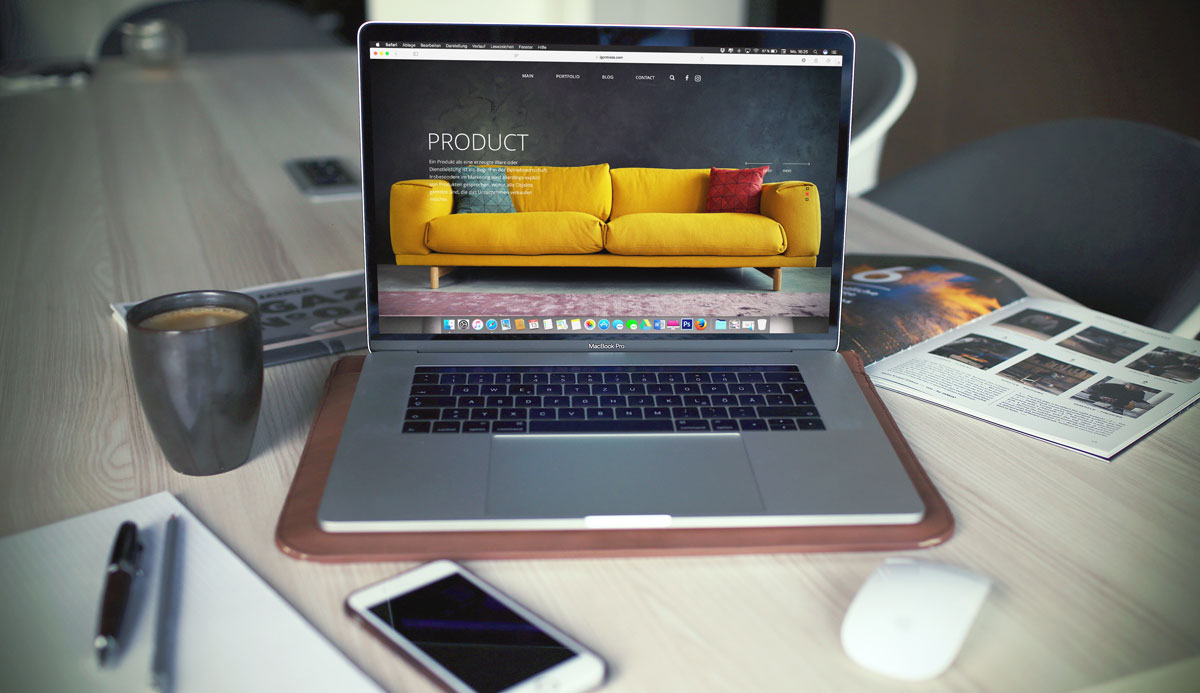 5 Must Do's to Get First Customers for Your Online Store Fast and Cheap
Doing business online is much different from running a brick and mortar retail store. Learn these 5 must do's to achieve success when building your online business.
Best Practises
E-commerce
Read More > 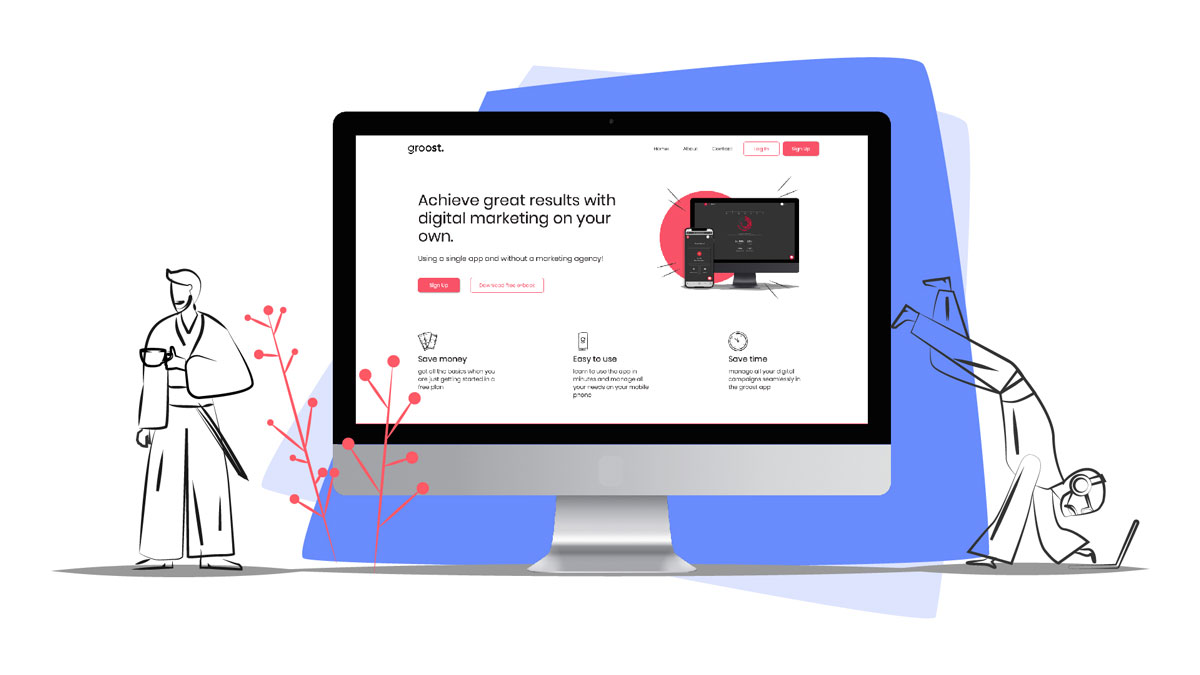 How to Create Your First Business Website
Whether you are selling your products online, or simply want to provide some information about your business and your contact details, having a website is essential.
Best Practises
Read More > 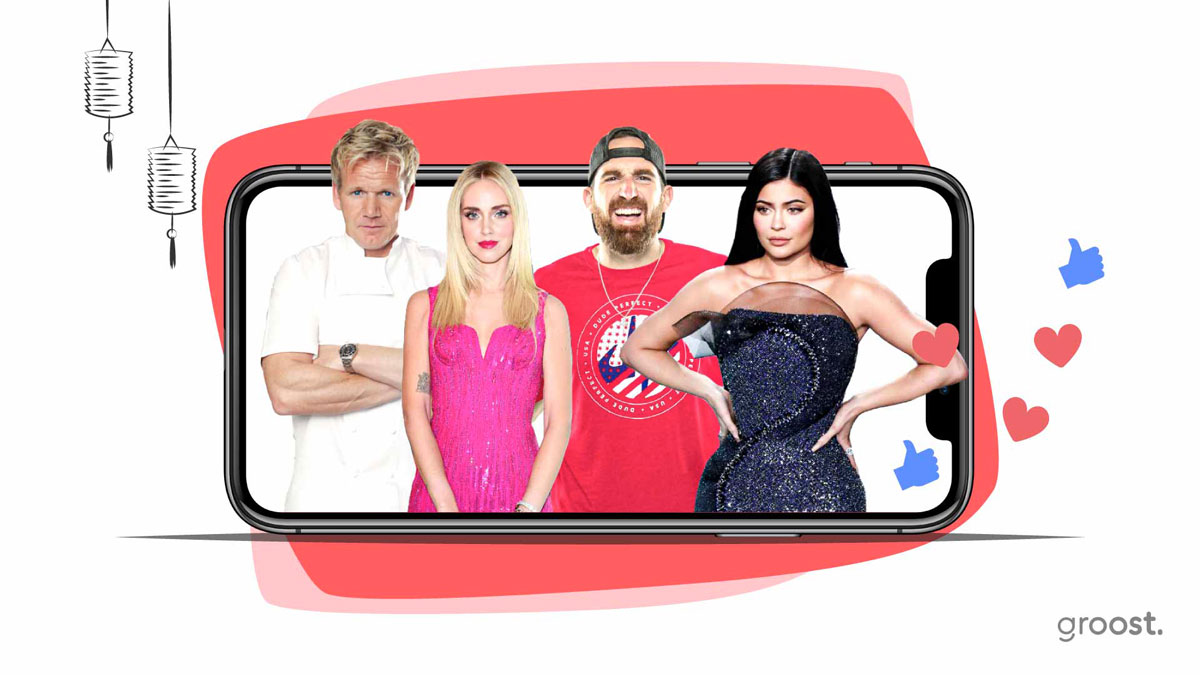 Top Instagram Influencers by Industry
Instagram is the nest of influencers. Makeup tricks, fancy cars, fitness tips, delicious food, the latest games and so much more that people post and talk about all in one place.
Interesting Facts
Influencers
Read More >
Next
1 / 17